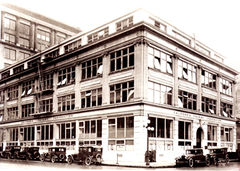 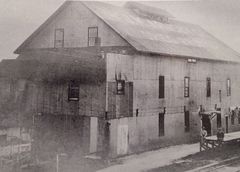 J. K. Armsby was a wholesale grocer formed in Chicago in 1865 that eventually expanded to a dried fruit packer, canner, and major wholesale grocer on the west coast, and was one of the initial companies that formed the California Packing Corporation. As a wholesaler, Armsby both was a broker for producers (representing the California Fruit Canners Association) and a producer of dried and canned fruit for sale. The company grew the Central California Canneries, and ran their own dried fruit packing houses. The company apparently may have moved headquarters to San Francisco at some point. In 1912, the company was headquartered in New York, and had interests in Central California Canneries and the Pacific Seeded Raisin Company[3].

[Edmund Nutting Richmond]] was the manager of Armsby's Santa Clara valley operations until April 1916; about the time that Armsby was swallowed up by the California Packing Corporation, Armsby decided to strike off on his own. Management of the packing house went to his brother, C. R. Richmond, and F. E. Whipple.