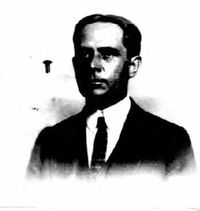 Vernon Campbell was a canning expert and operator of canneries. Campbell is best known for inventing a process for canning ripe olives, which turned into the Lindsay Ripe Olive Company[1].

Campbell was born in 1876 in Iowa. Campbell, with his family, started both the Moneta Canning Company and American Olive Company in Los Angeles in 1904[2]. According to his brother, Vernon was "the first one to can olives in tin", "invented the process of making all the olives look black and shiny, whether they were black and shiny when they started out or not", "a pioneer in teaching the rest of the country to eat ripe olives", and learned how to transport ripe olives in brine[3]. In 1917, Campbell listed his occupation as manager of the California Growers Association in Los Angeles[4], and was responsible for five co-operative canneries around Los Angeles: Fallbrook, Elsinore, Ontario, Hemet, and Riverside[5].

Campbell later was known as the public face of the California Cooperative Canneries, an Armour-backed company intended to help the meatpacker get into the fruit business. After a long battle, Armour lost on anti-trust grounds. Campbell must have searched for new customers; on his 1922 passport application, he listed the point of his visit as "to sell canned food". Campbell continued as manager for the co-op through at least 1930.

Campbell had also been the manager of a Tulare cannery[6].

In 1940, Vernon Campbell lived in San Andreas in Calaveras county, California, and described his occupation as "promoter and organizer of canneries"[7].